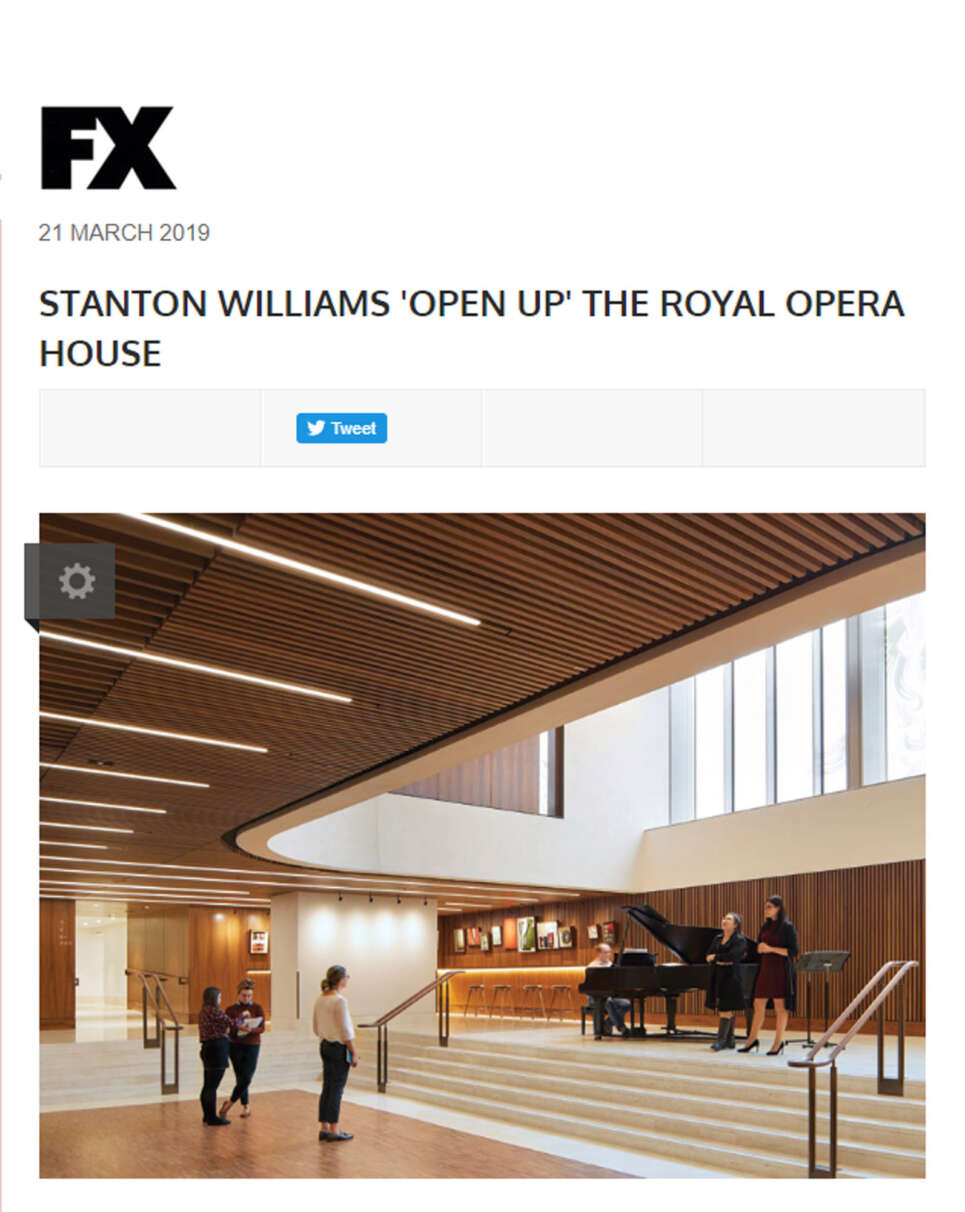 Last autumn London-based architecture practice Stanton Williams completed an extensive reworking of the Royal Opera House for its initiative Open Up. As the title suggests, the project intended to open this cultural institution to a public beyond its ticket-holding guests, and so the focus of this three-year, donor-funded project was on the spaces that all visitors will first encounter – the entrances from Covent Garden and Bow Street, as well as the foyer between them.

Stanton Williams intends its design to be a ‘physical manifestation of cultural change at the ROH’. Tackling the more negative associations that opera and ballet have garnered over the years – as art forms rarefied, unapproachable, elitist – the project aims to make engaging with the building and the arts it represents a more informal affair. This follows in a similar vein to Stanton Williams’ renovations for the Musée d’Arts de Nantes, helping a previously closed-off museum engage with its public and surrounds.

It might also be seen as part of a wider shift to the experiential made by both cultural centres and the service industry in recent years. For the Royal Opera House, it requires extending its offering beyond its previous parameters, and while the physical manifestation of the project does a great deal of the work, the building is now open from 10am for new daytime audiences with a programme entailing Opera Dots, for toddlers; Crafternoons, for open-access technical workshops, and open singing/dancing events – all taking place within the new Linbury Foyer and the Paul Hamlyn Hall. In the evening the main foyer accommodates both new and traditional audiences: pre-ordered interval refreshments are laid out, while other visitors can sit at these communal tables, attracted to a cafe/bar space whose USP is its location within this cultural edifice.

Without extending the overall footprint or altering EM Barry’s 1858 building, the interventions instead have altered Dixon Jones/ BDP’s 1999 extension, removing obstructive back-end facilities to increase public space, and open up sight lines and access between different floors. The space has also been opened up to the outside: from Bow Street, Stanton Williams’ glass panels render the entire facade transparent, the glazing continuing below that of the more ornately panelled Paul Hamlyn Hall.

The view from the street extends to the ground floor and lower level, with parts of walls and floor removed to connect these with a two storey void. This exposed cross-section-cum-layer-cake of lures is presented to the public outside: an informal performance on the lower ground floor, the pre-show crowds gathering in the ground-floor cafe, an event under the intricate ironwork arches of the Paul Hamlyn Hall, and an escalator showing those en route to the upper floor bar and restaurant. From here, the visitor can look back down. The Amphitheatre Terrace retains the view over Covent Garden Piazza, but has now been partially enclosed, and glass panels shelter guests from the elements for year-round use.

Hoping to increase footfall, a flavour of opera and ballet is offered to passersby in Covent Garden. Captivating displays on a curved LED screen frame the entrance, so that the public might drift into the cafe, shop and ‘informal event spaces’ of the Royal Opera House rather than the different spectacle of the nearby Apple store. Videos are also projected on to a large wall in the foyer, showing clips of performances as well as behind-the-scenes film of the costume and prop-making. Informative displays document the history of past productions, and glass vitrines offer a rare close look at notable costumes and props.

These artefacts are spread across the new restaurant on the upper floor designed by Amsterdam-based Studio Linse, and in the main foyer, where interested visitors can find a small exhibition detailing the redevelopment process itself.

This process is worth a look for its remarkable logistical complexity. After winning a competition for the redevelopment in 2012, Stanton Williams’ orchestration of the project brought together a great number of consultants with necessary expertise coming from heritage and theatre specialists. The architects enabled the Royal Opera House to remain functional throughout, with rehearsals and close to 1,000 performances taking place uninterrupted.

Working with a heritage building, the new designs harmonise with existing features, inside and out. The palette and materials are fairly restrained, consisting of Crema Marfil marble, patinated brass and polished plaster. Wood used throughout is American black walnut, featuring in slatted panels for walls and ceilings (strip lighting seamlessly integrated into the spaces between slats), and furniture provided by Aram. In the various dining spaces, chairs with round, tapered legs mix with the sharp edges and mitre joints of the tables. The overall effect is one of modern luxury, understated and unintimidating, curved openings and sweeping staircase welcoming flow within the building.

Though hidden away, a successful part of this project is the new Linbury theatre, a secondary performance space designed to be more intimate than the main auditorium yet no less world-class. Entering through double doors on the lower-ground floor, the air is close, the scent of that American Black Walnut from which the auditorium is fabricated reaches you before you can appreciate the detail of its construction. Finely detailed balconies curve around the stage in a horseshoe shape, while stall seating can be reconfigured for different performances. Materials are again kept simple, the timber contrasted with black walls and seats upholstered with purple fabric.

The project has created welcoming and accessible spaces within the Royal Opera House, and with the majority of the new daytime workshops booked out, it seems the intention to reach new audiences might be achieved. Alex Beard, chief executive of the Royal Opera House, hoped for the public to really ‘get a taste of the remarkable creativity at play here’. The unique culture of opera and ballet has not been communicated with the design itself, which acts instead as a backdrop for the new public programme, while offering an unintimidating taste of the luxury experience that opera is known fo 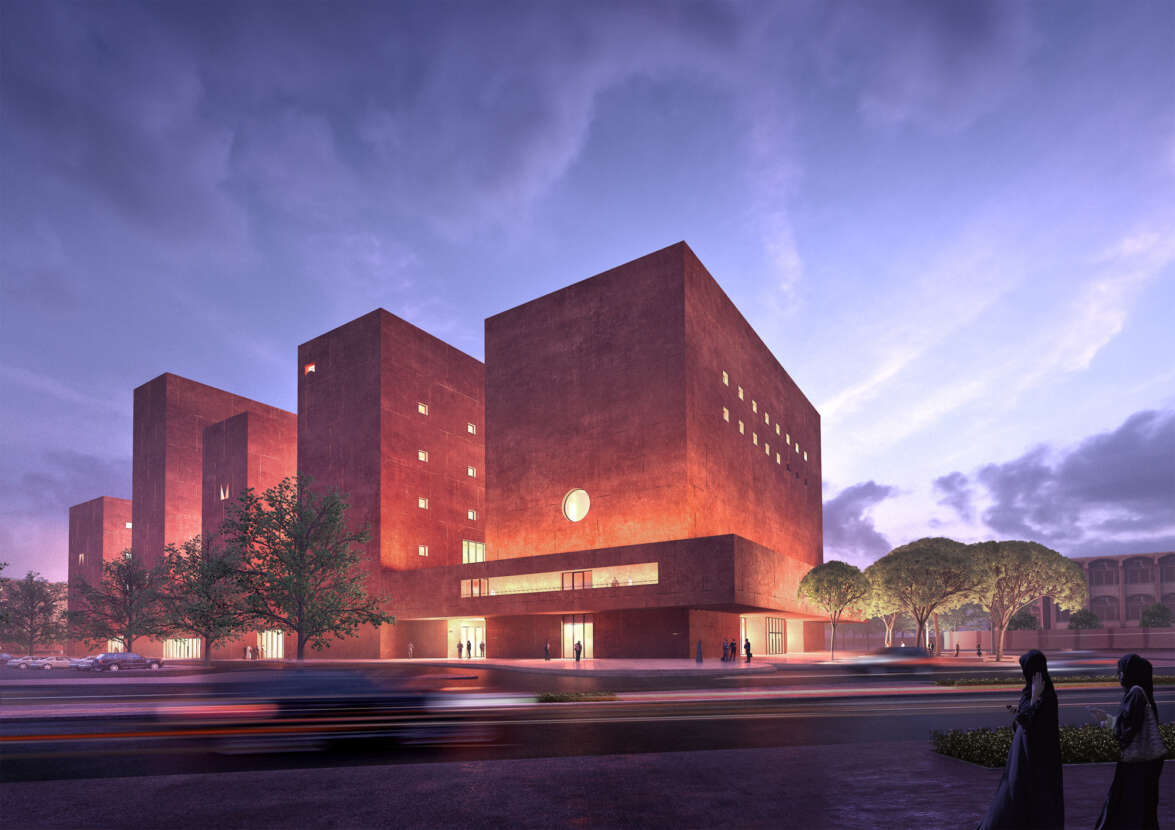 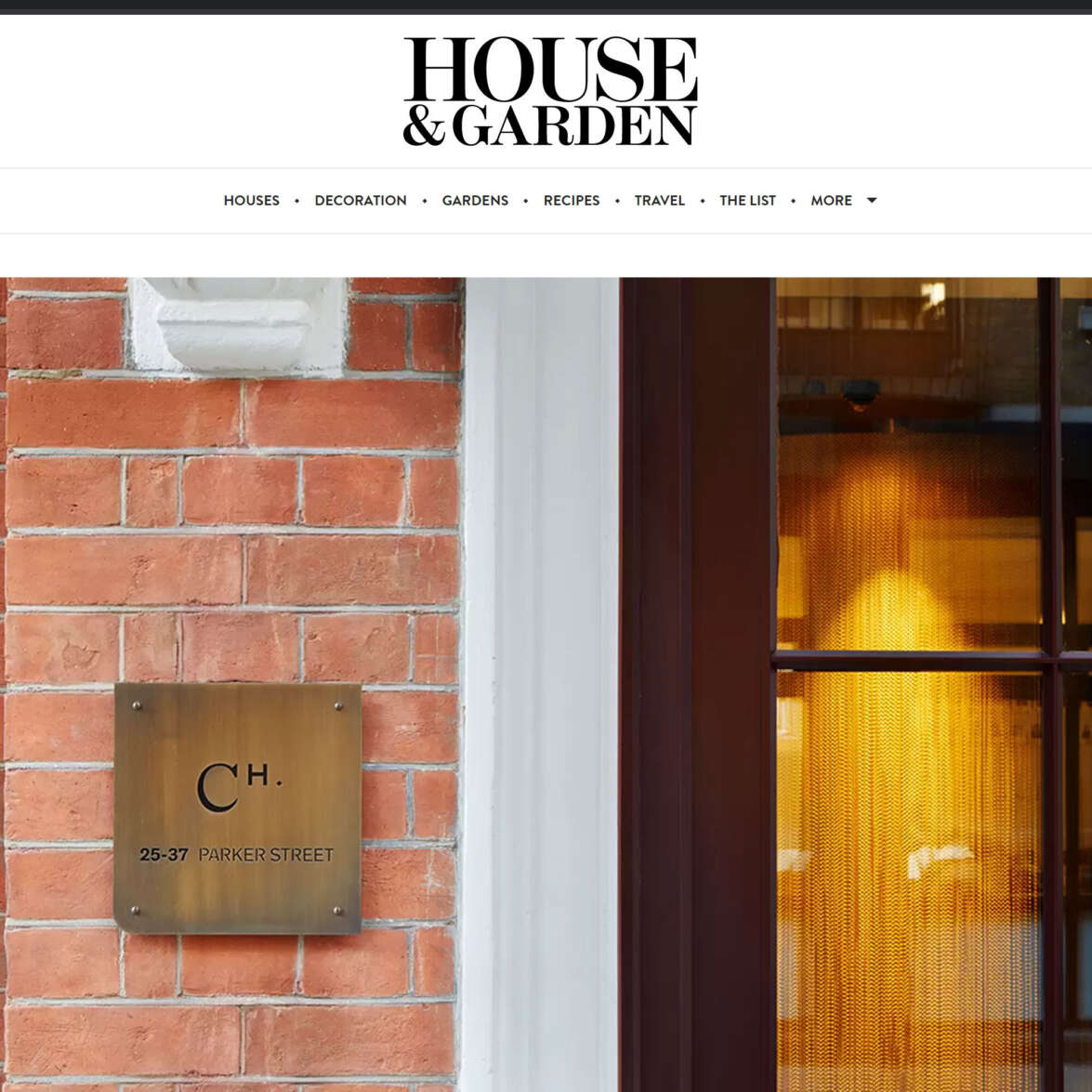 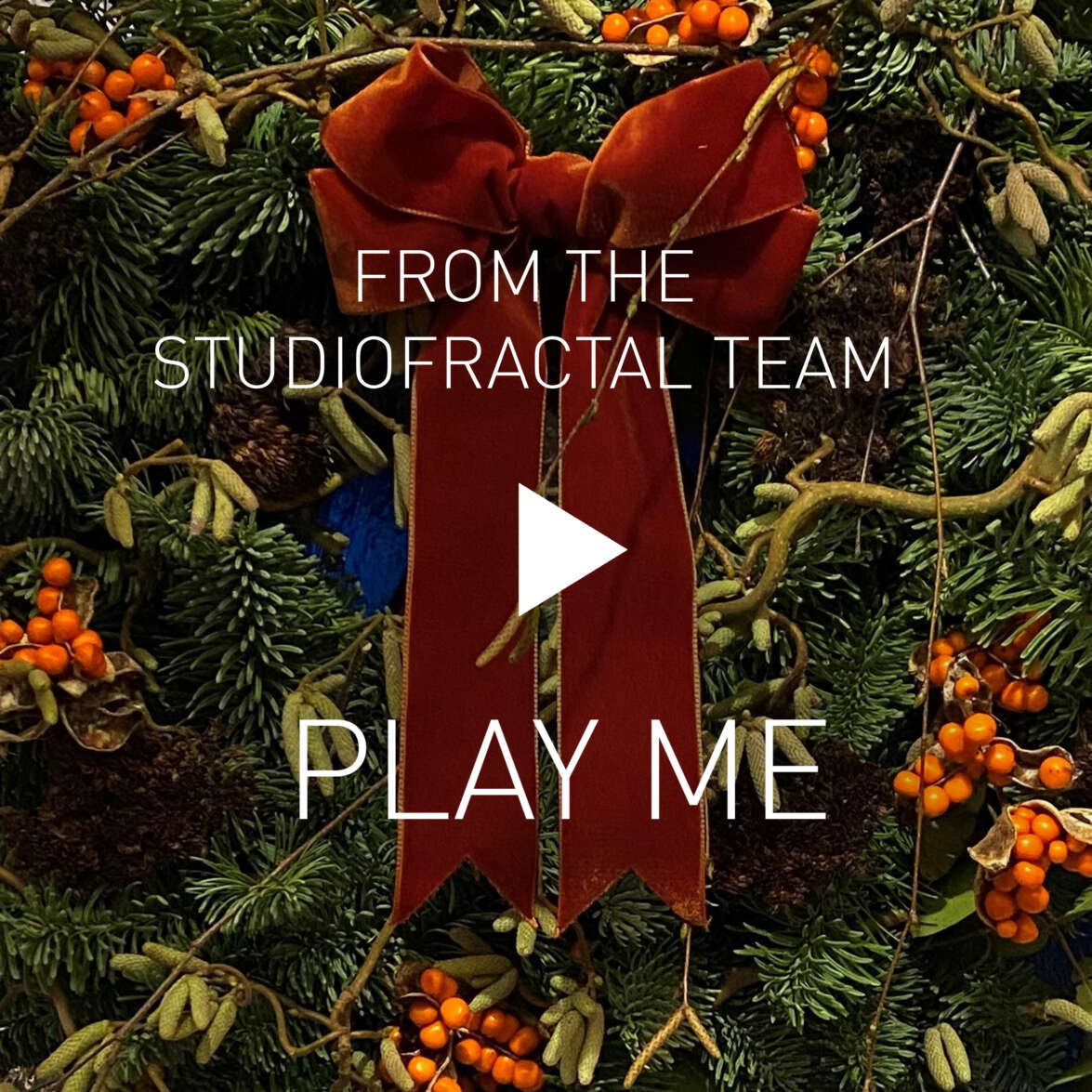 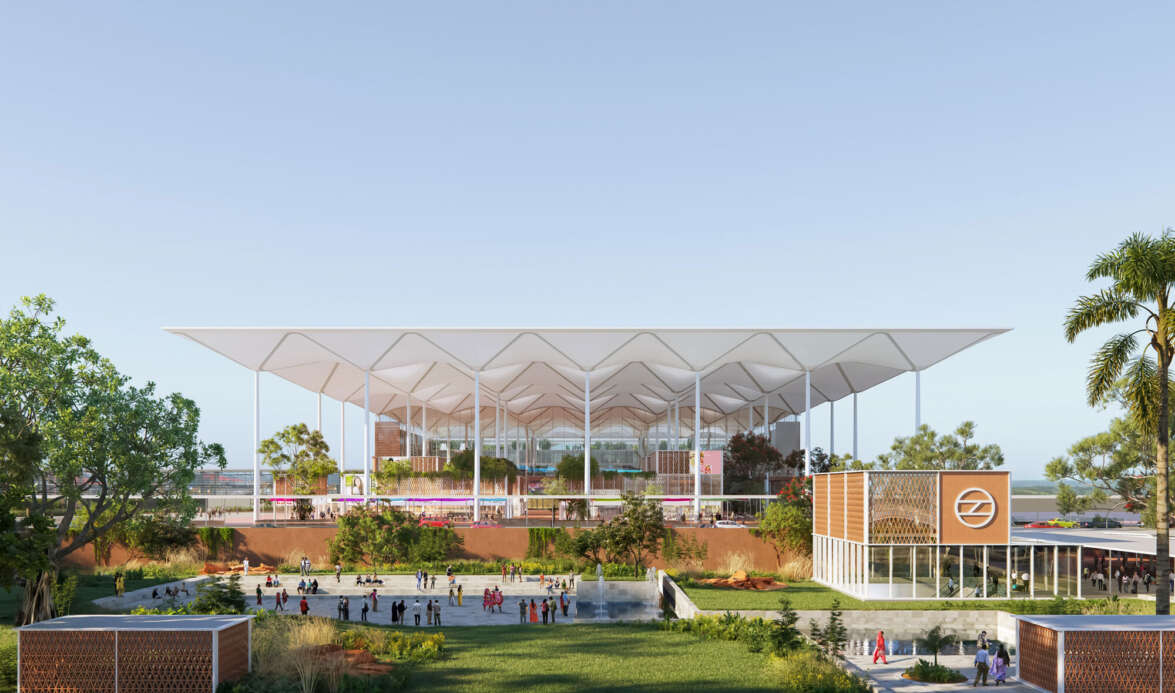 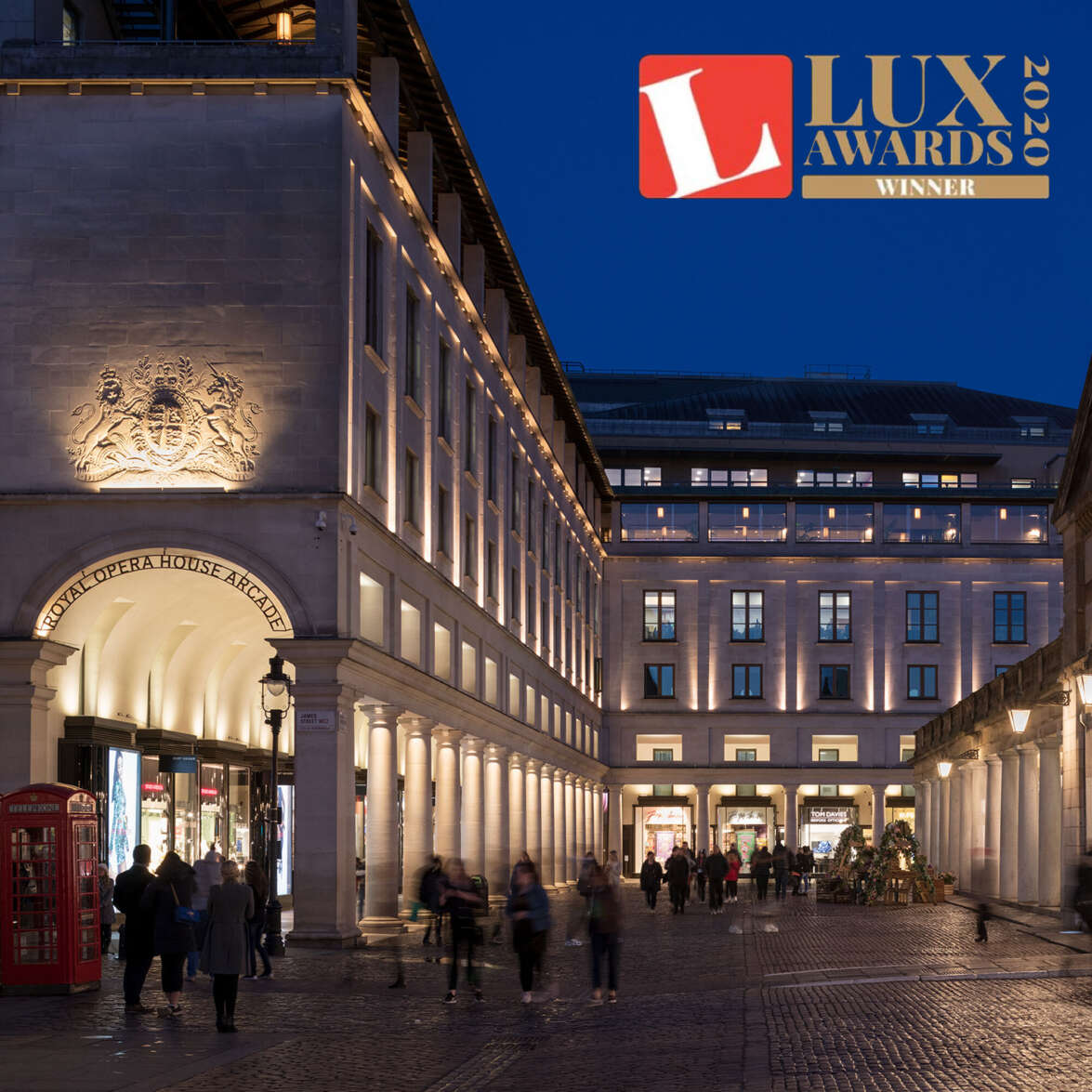 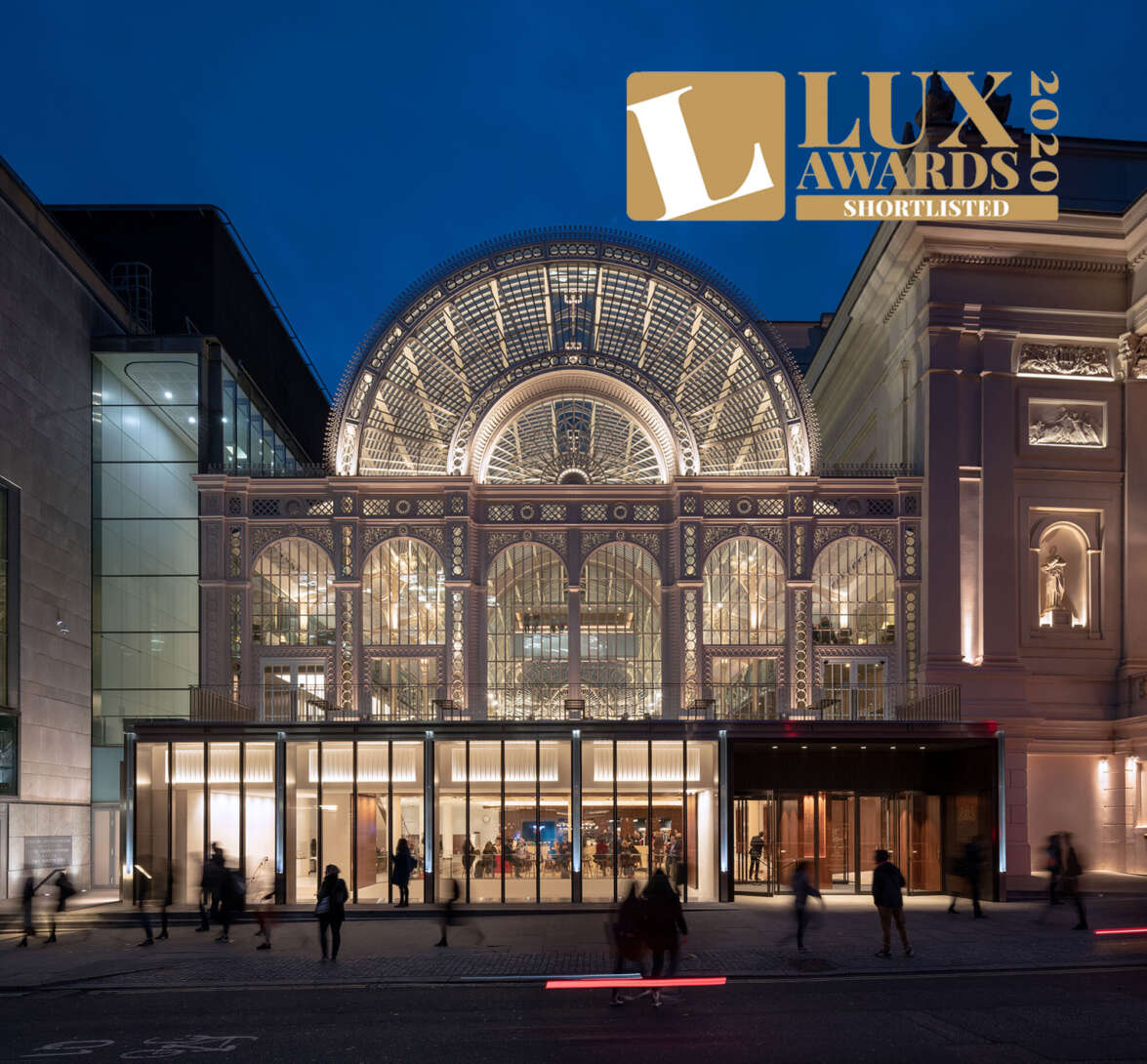 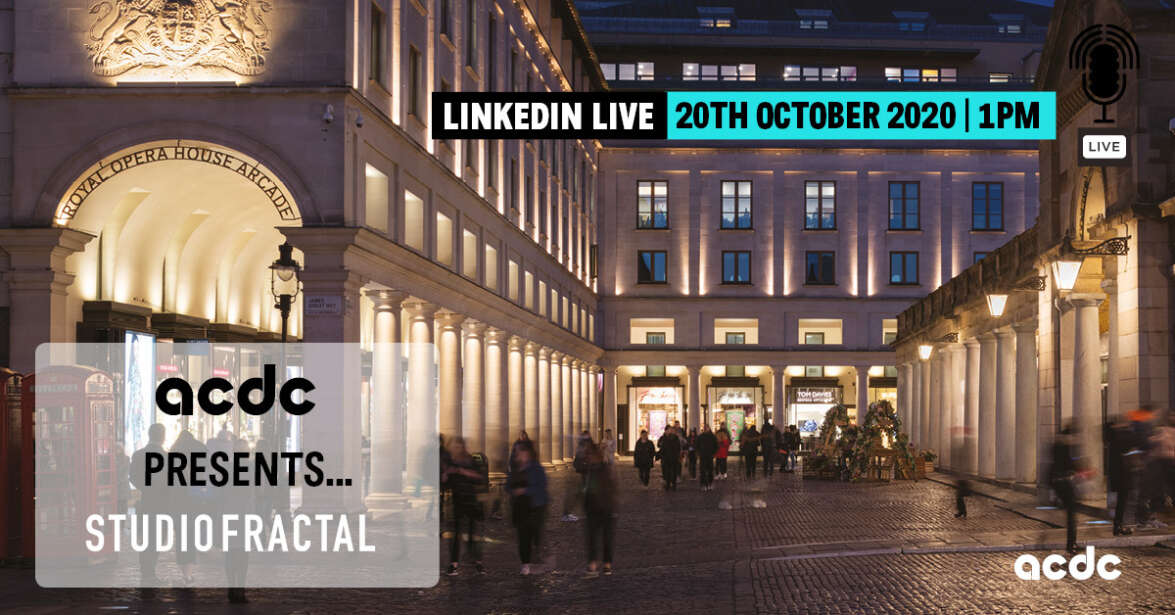 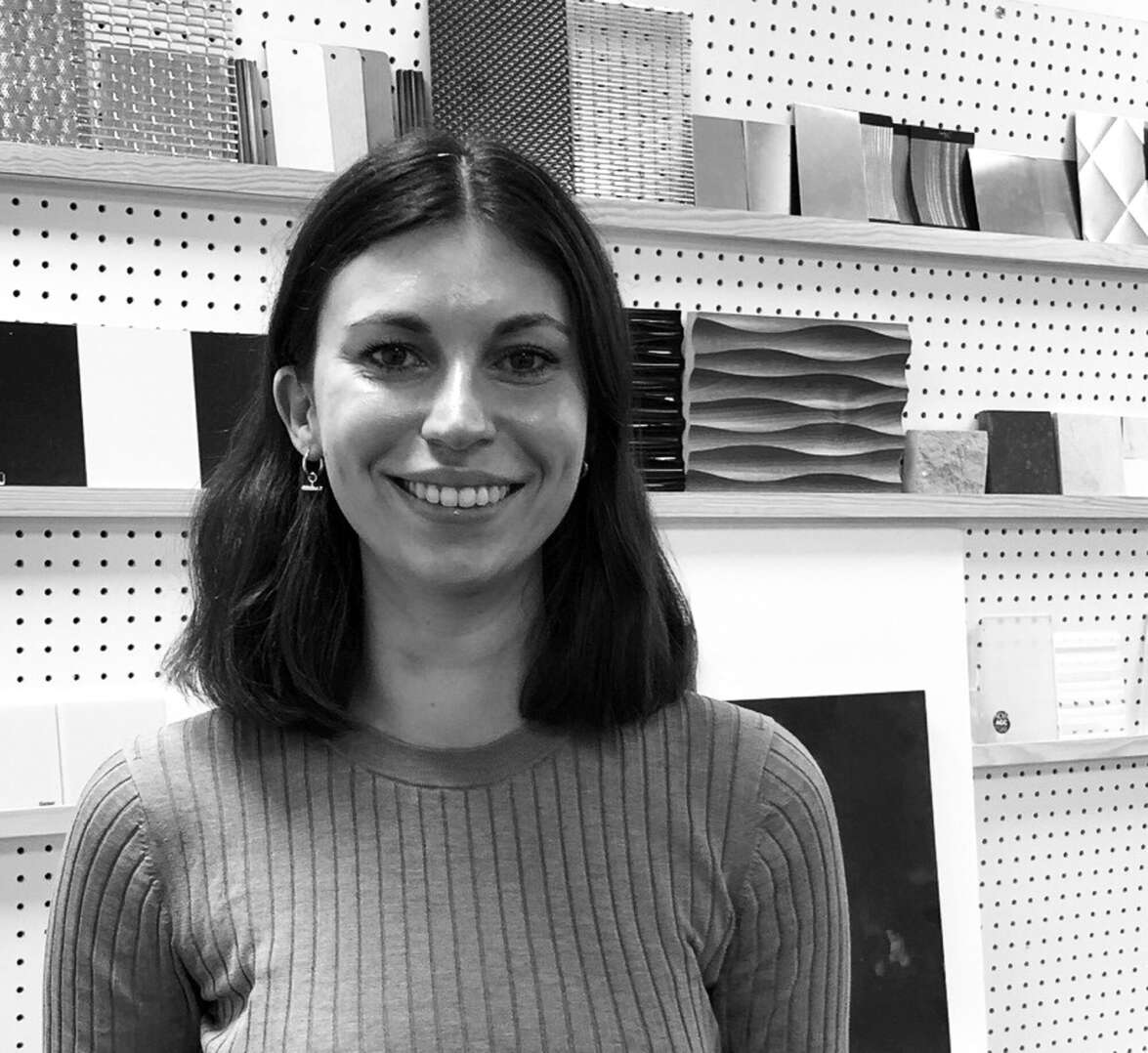 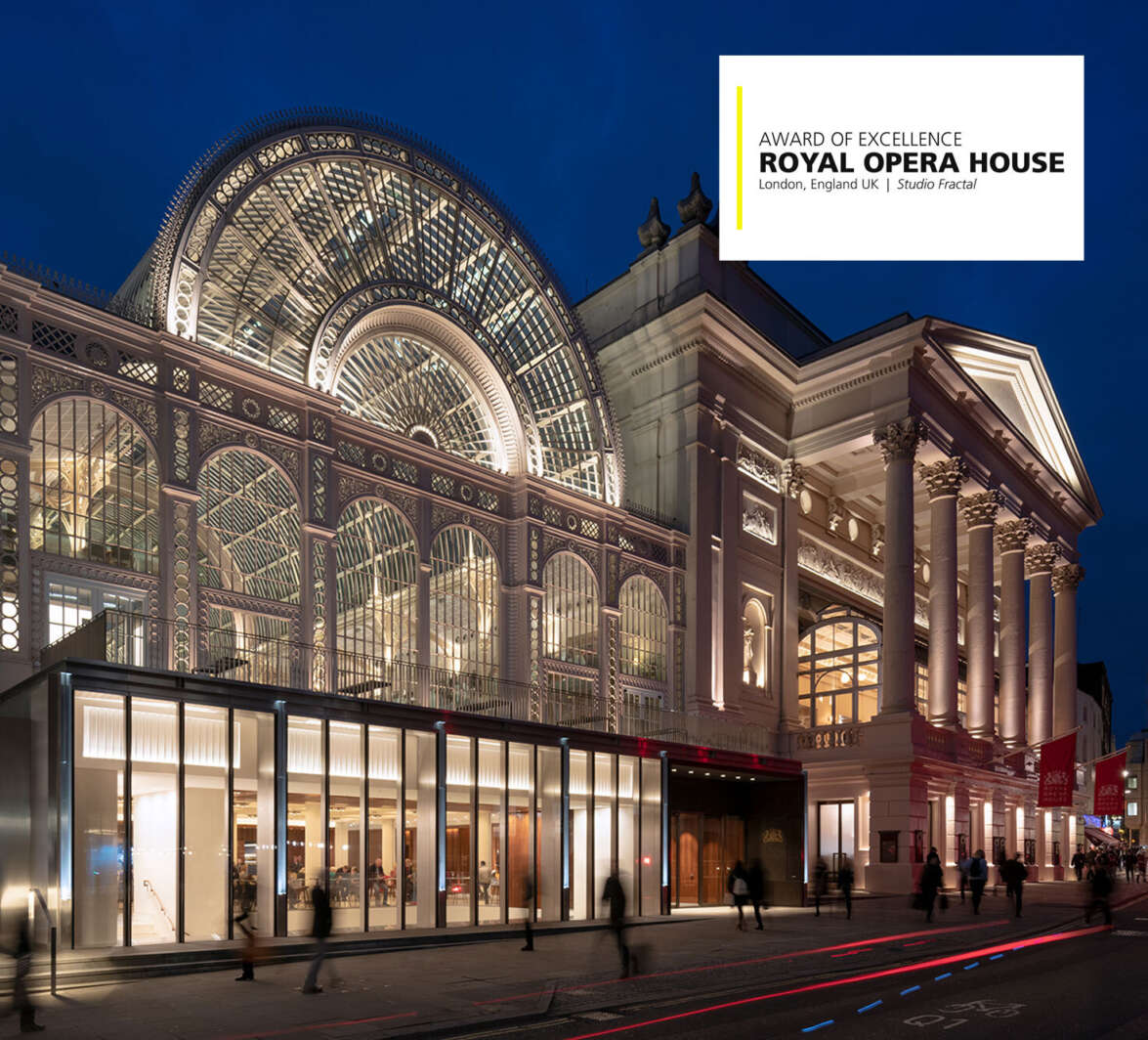 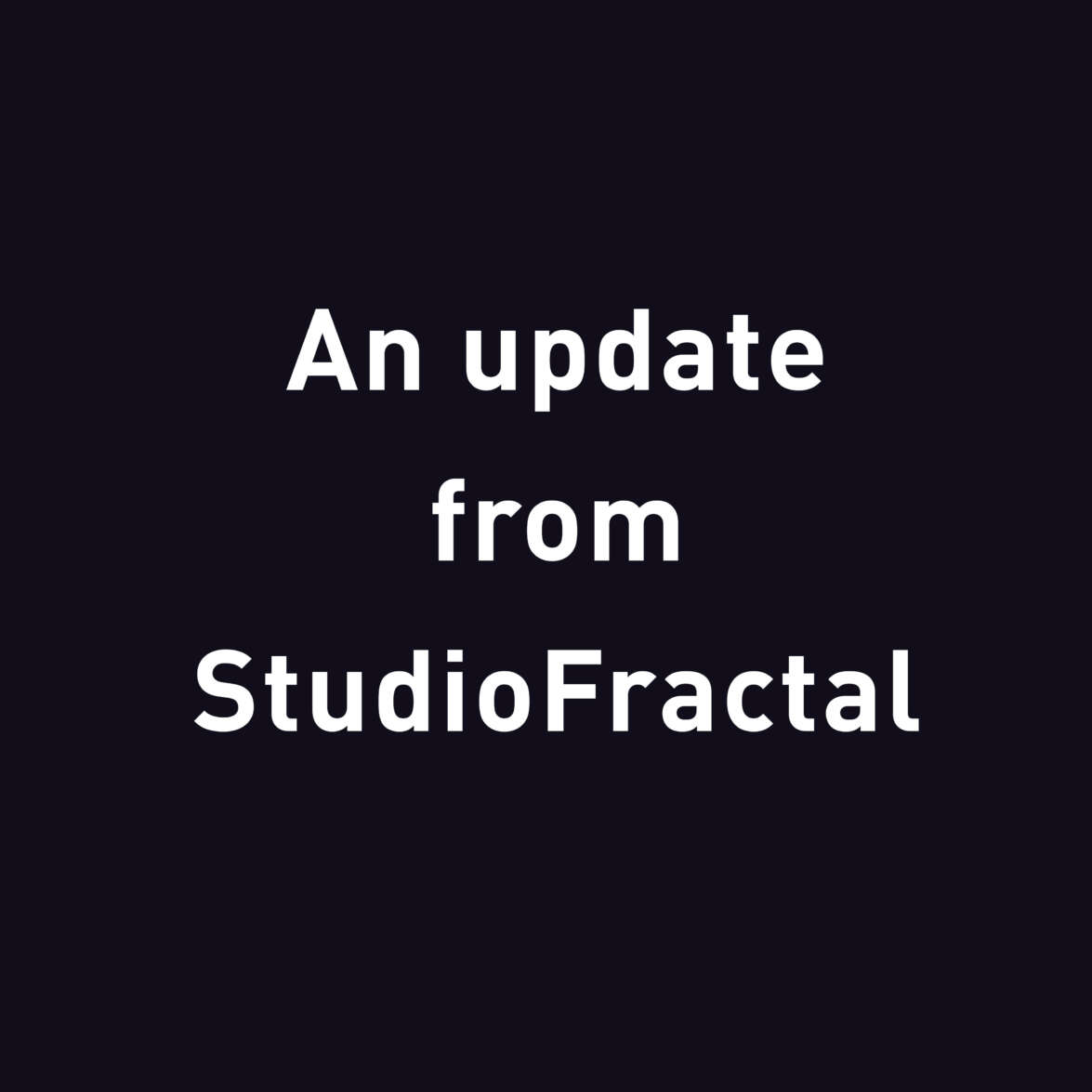 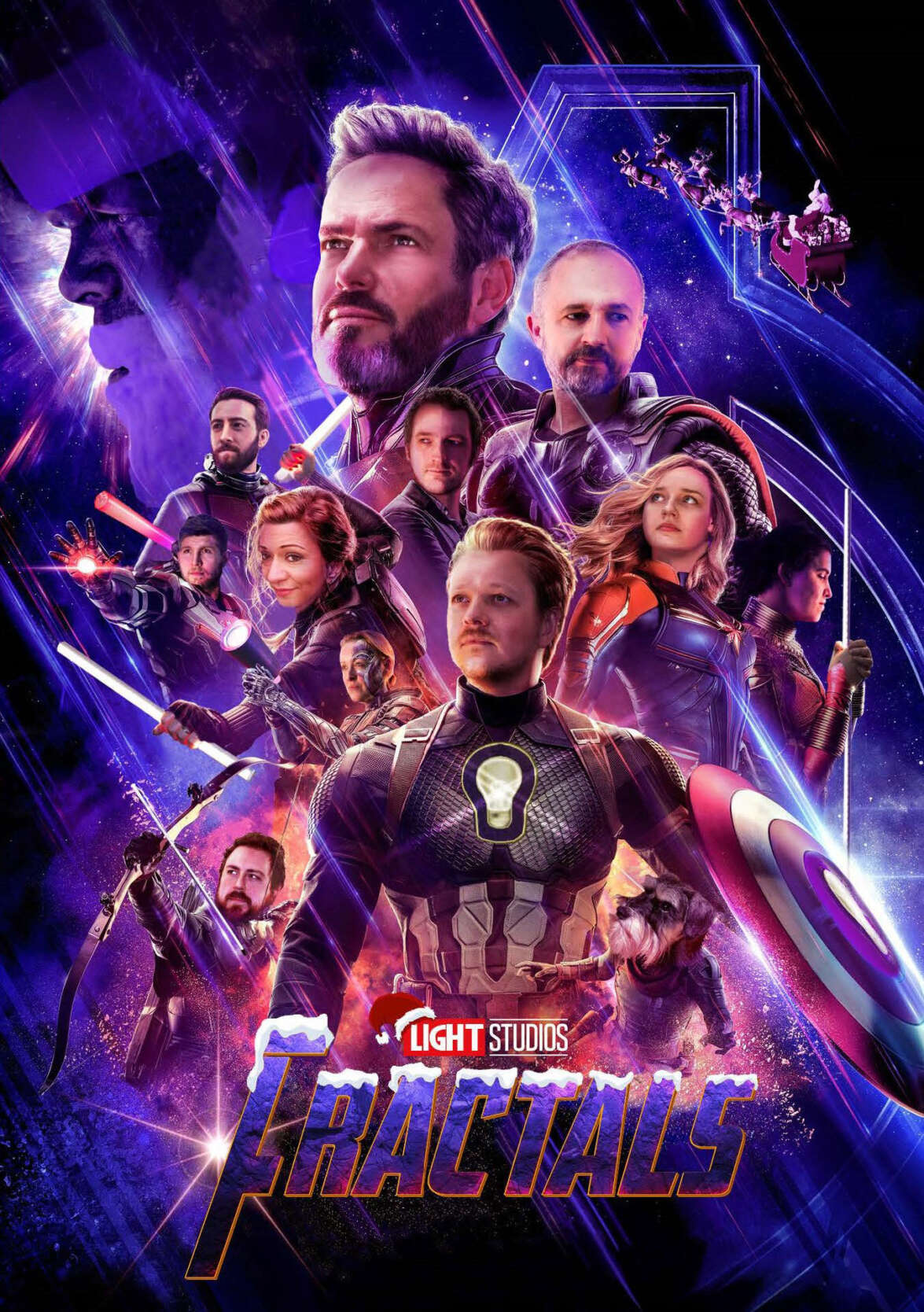