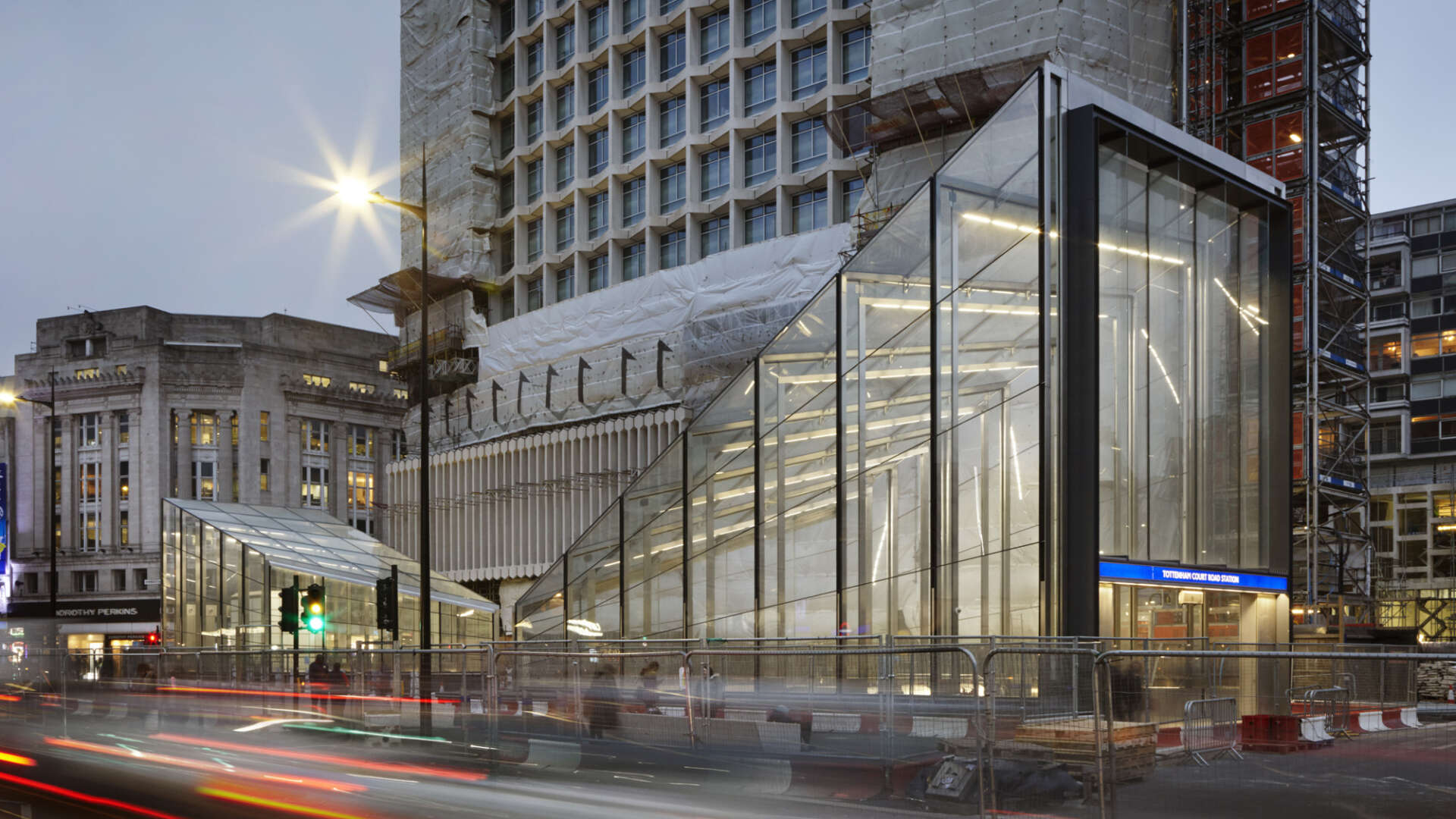 An historical gateway to the West End, Tottenham Court Road Underground Station (located at St Giles Circus) has undergone a £500M upgrade by TFL. Award winning architects Stanton Williams won the competition to design the extended access and new entrances. The project sought to create better access to the Northern and Central lines as well as the new cross rail links. The entrances - to work at street level with existing architecture and to integrate seamlessly with the new St Giles public plaza.

Stanton Williams planned a 15m high glass entrance to sit harmoniously in front of the brutalist architecture of Centre Point Tower (designed by George Marsh of R. Seifert and Partners). The light filled entrances created a visual connection between the plaza and the station and both natural/artificial light were key design ingredients. StudioFractal worked on the initial station designs with Hawkins Brown, the St Giles Plaza with Gillespies Landscape Architects and the station entrances with Stanton Williams.

Retaining a consistent flow of illumination through the passenger journey, including to the public art display of Poalozzi Mosaics was an essential requirement of the lighting design. StudioFractal developed with architects increased glazed openings in between the two entrances to maximise day light and eliminate unwelcome dark zones.

To ensure minimal visual impact of fixtures by day, slimline LED luminaires were integrated into the metal structure, at the base in-between structural supports and within escalators. The discreet luminaires developed met with stringent Network Rail and LUL operational requirements. At night when illuminated the lighting enhances the strong linear language of the crystalline structure.

The artificial lighting prerequisite was to replace the daylight, wash the entrance and station below, whilst capturing light within the transparent structure of the glass. A challenge when light intrinsically passes through. A gentle frit treatment was applied to the glass where it meets the floor, capturing the light and visually grounding the structure.

An overall fantastic response has been received regarding the new openings from both commuters and commercial groups.

Lee Lyons of The Fitzrovia Partnership says the station “is now a striking gateway to Fitzrovia allowing improved accessibility to those living, working and visiting the area.”

Jace Tyrrell, chief executive of the New West End Company was quoted in the Evening Standard as saying: “It is reassuring to see vital changes like these being made to key Tube stations in the district as the Elizabeth line gears up to bring a further 60 million people annually to the West End. 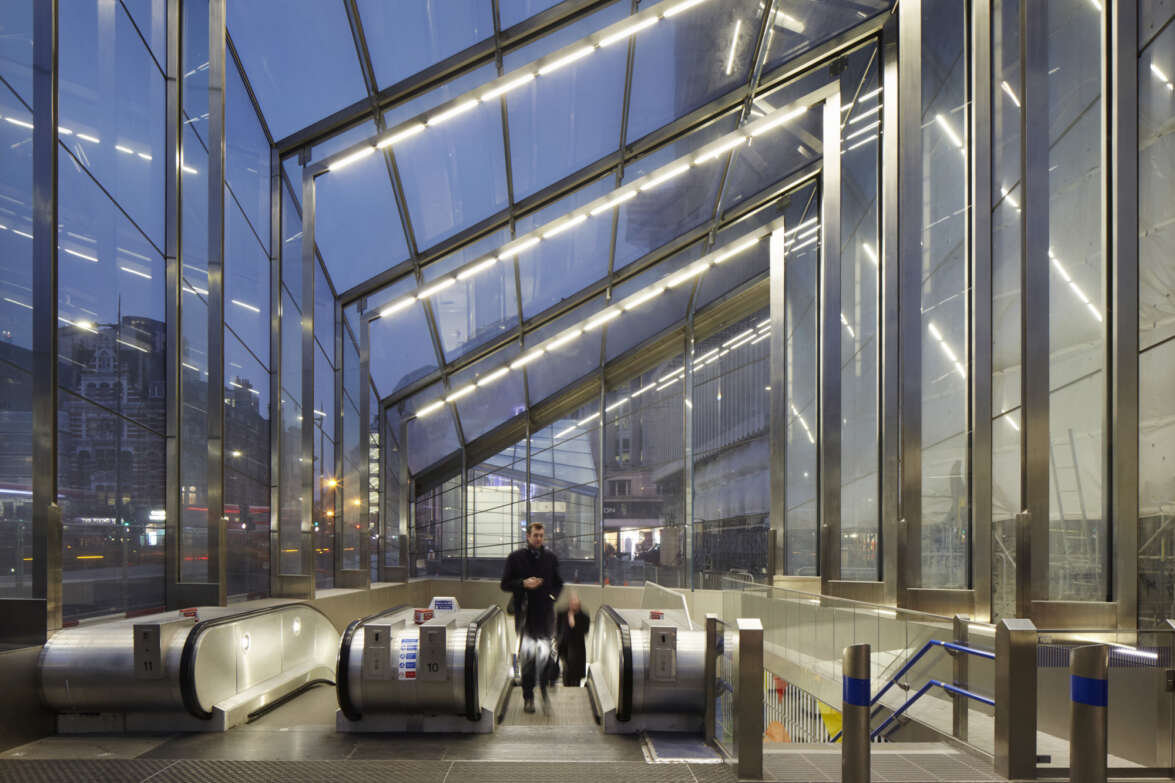 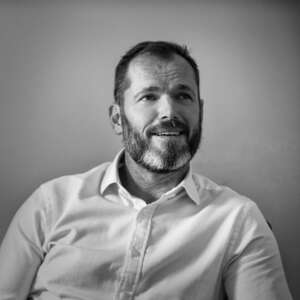 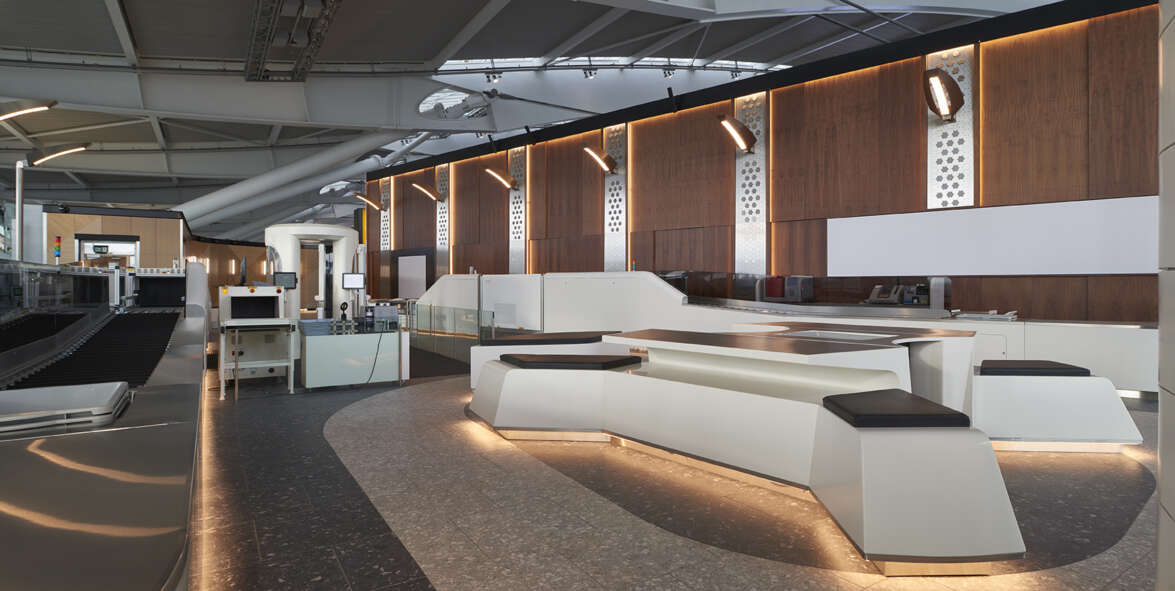 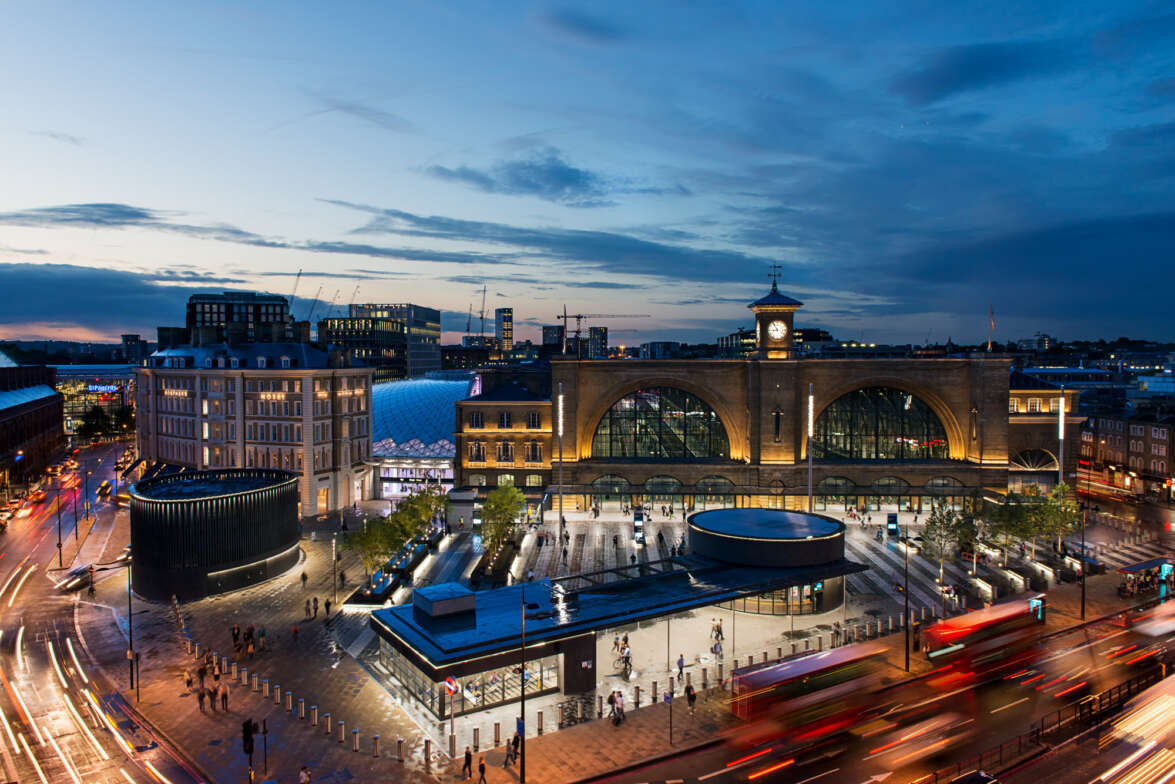